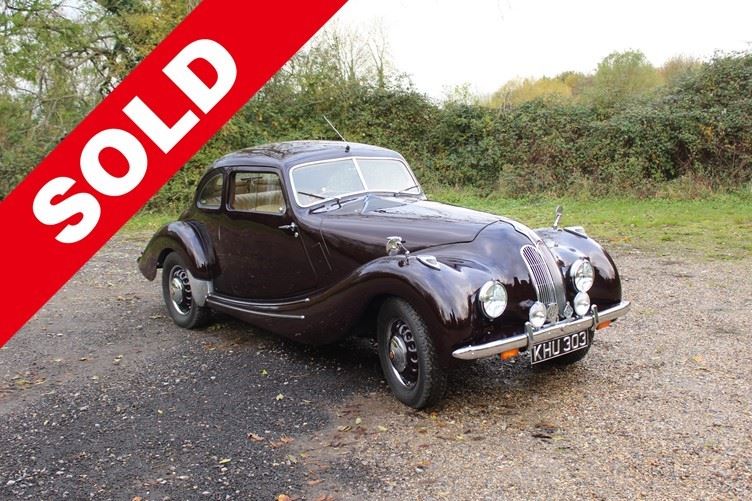 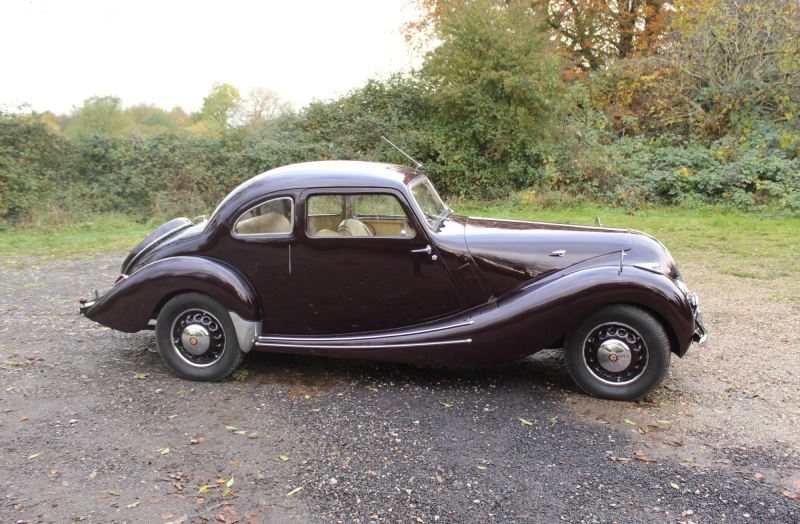 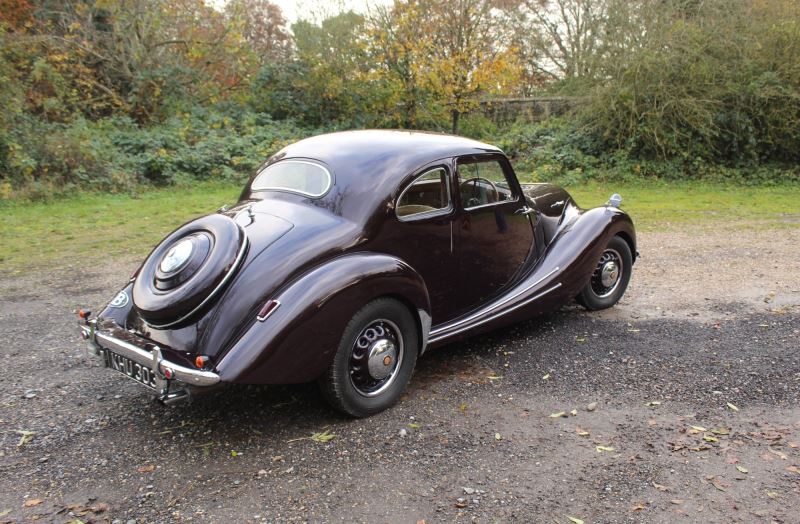 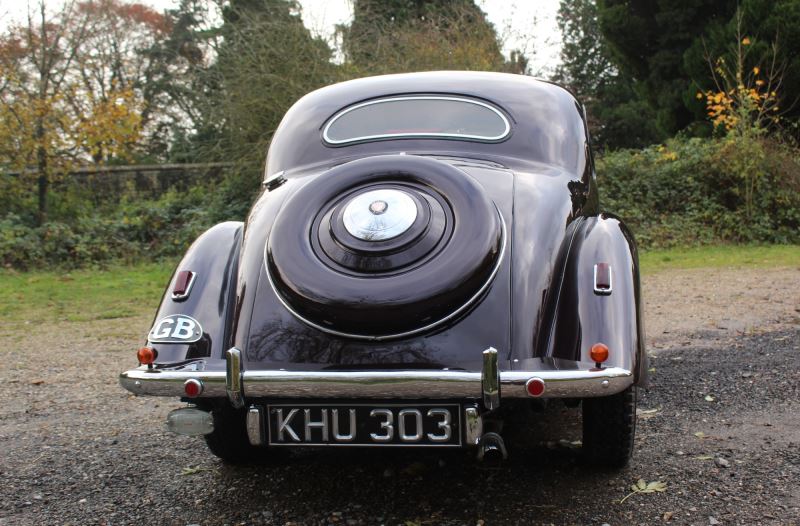 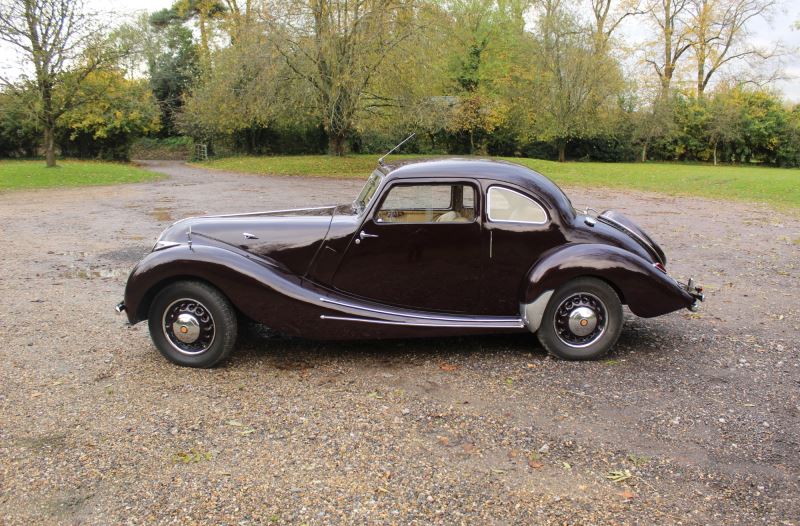 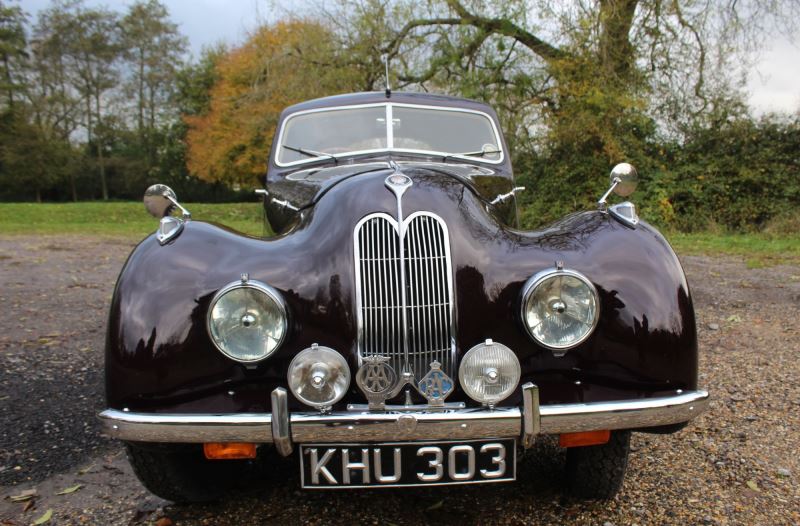 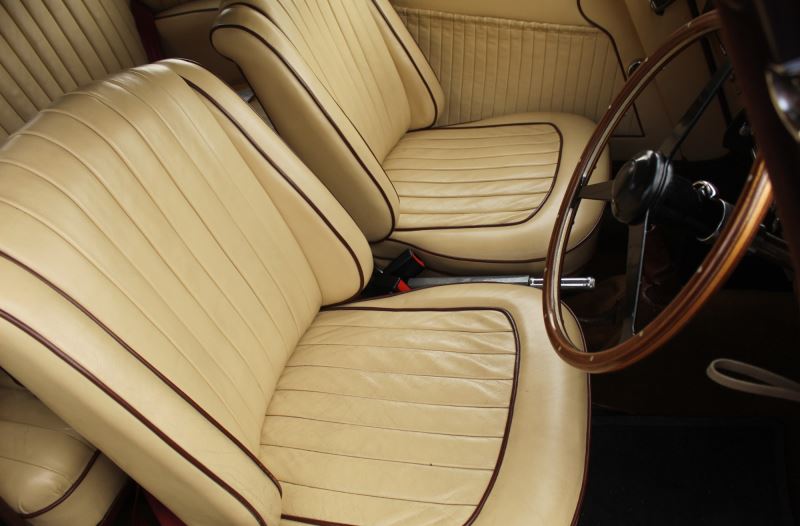 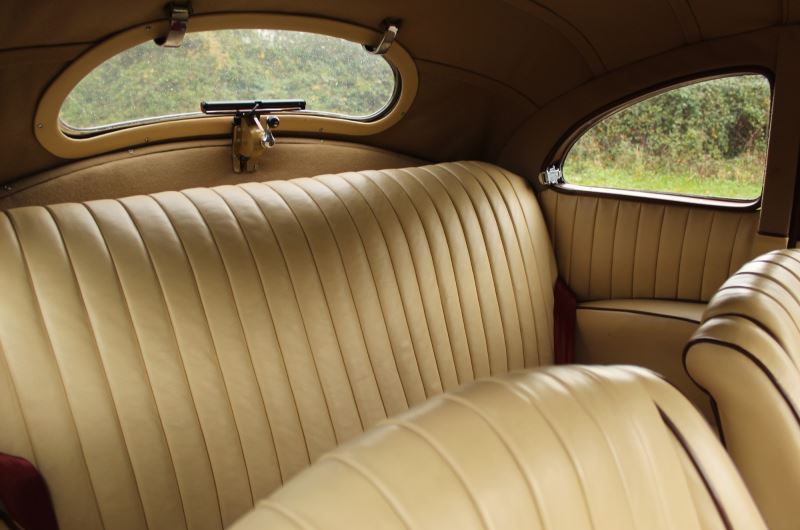 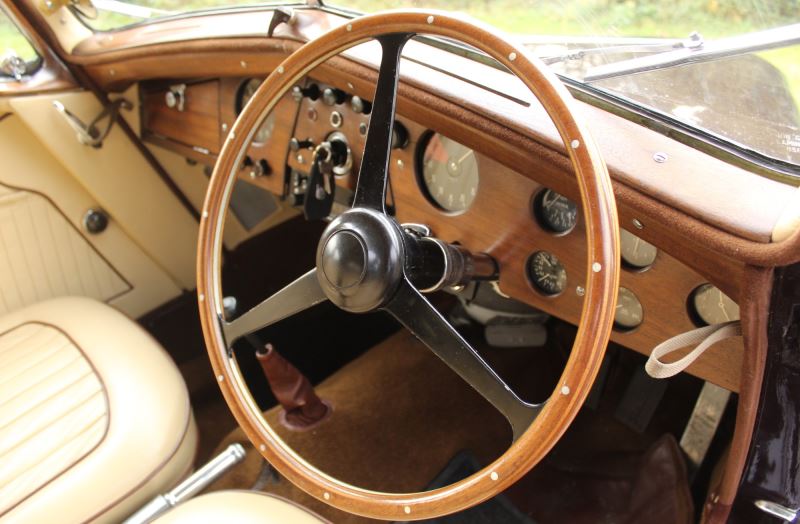 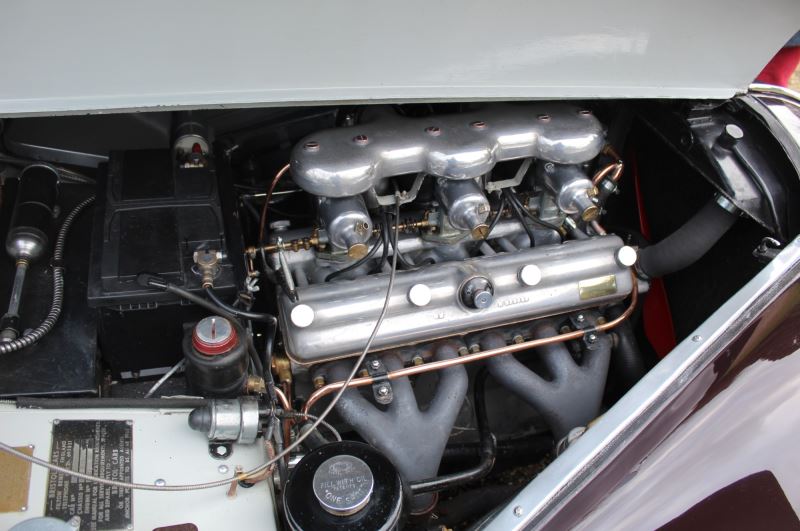 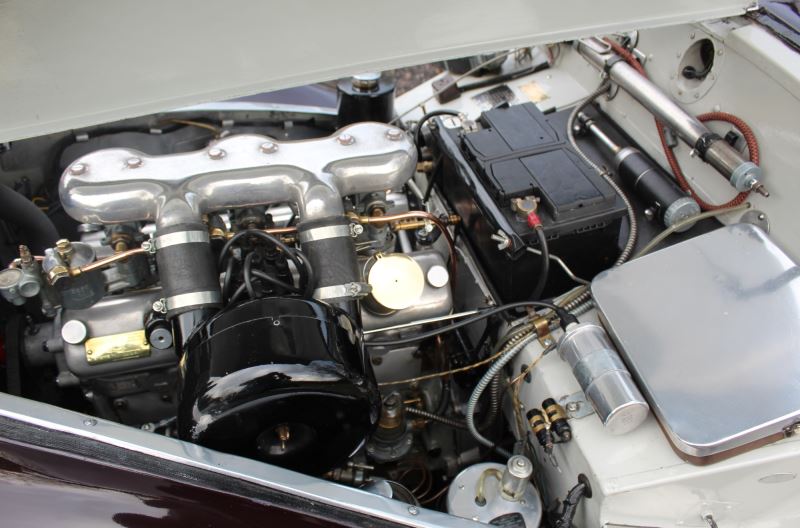 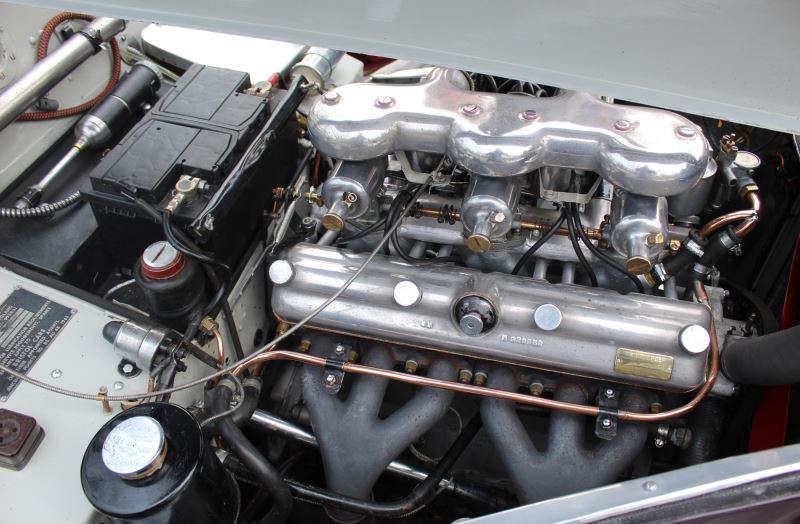 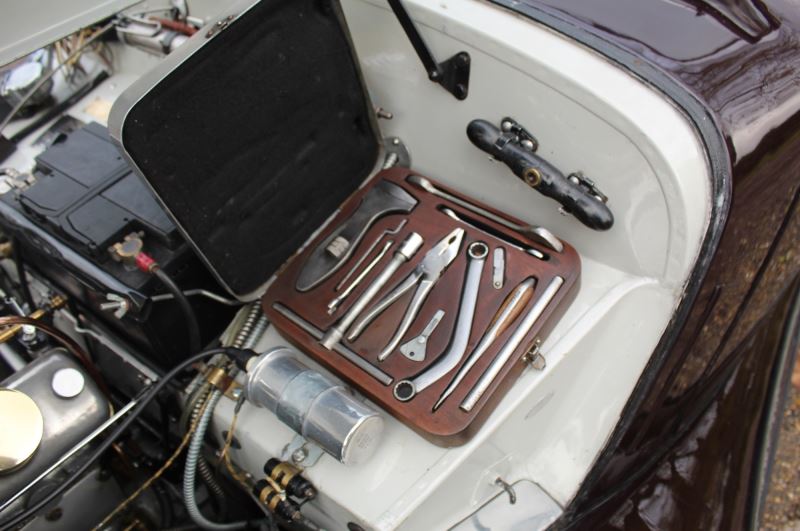 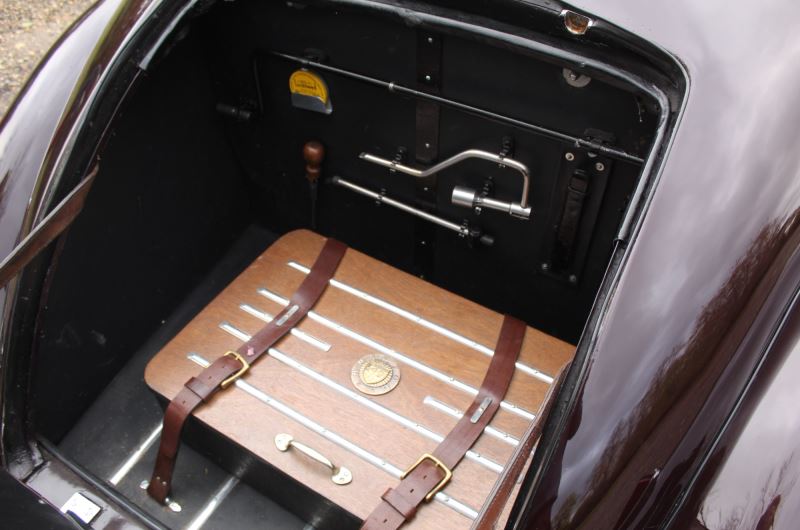 KHU 303 was the 9th production car first registered on 15th May 1947 to the Bristol Aeroplane Company. Initially it was used as a demonstration vehicle and featured as the Autocar Road Test Car (9th January 1948).

There are period photographs dated 1948 when KHU 303 was continental road tested by "The Motor" (19th May 1948]. The car was used for development purposes and modifications were made in 1947/ 1948 to include lowering the boot floor to increase capacity, the addition of a wind out rear window, adoption of the straight blade bumpers replacing the original curly "cow horn ones"and triple down draft Solex carburetors were fitted.

The car was then used extensively by Reginald Verdon-Smith, assistant to Sir Stanley White. Reggie was to become Joint Managing Director of the Bristol Aeroplane Company in 1952. He had carried out extensive continental road testing of the prototype 400 JHY 261 in November 1946 and more in KHT 290 in 1947. He was a very experienced driver and accurately assessed the capabilities as well as shortcomings of these early cars. Many of his reports were published in Christopher Balfour's "Bristol Cars, A Very British Story". By May 1950 he had taken on a new 401 model, so KHU 303 switched allegiance to Reggie's wife Jane, who used it as an everyday car until about 1954. Their son William, born in September 1948, remembers the car well.

Following the Verdon-Smith era the car returned to Filton where it was used as a company car for a variety of purposes. It was regularly driven by the late Sid Gibbins of the Car Company during the development of the Le Mans racing Bristol 450 in the mid 1950s.

By then the car had covered a very substantial mileage and it was sold out of the company, probably in 1955/56 having had a replacement 100 series engine block fitted. Little is then known until 1958 when the continuation log book reveals the car was located in Surrey before it returned to the Bristol area through various ownerships by 1967.

During 1967 it came into the ownership of Robert Matthews and by 1976 it was dismantled with a view to a complete restoration being carried out. This work ground to a halt and it was not until October 1998 that it was acquired by Peter Osmond of Curry Rivel, Somerset. Over the next decade he undertook a total rebuild of the vehicle. A MOT certificate dated June 2010 show a mileage of 456, indicating KHU 303 was back on the road.

The present owner, William Verdon-Smith (Reggie's son) acquired the car in July 2015 from Peter Osmond and has since had extensive suspension and brake works and a cylinder head overhaul carried out. Useful discreet upgrades include provision of a brake servo, front seat belts, remote control gear lever, overdrive and modern flashing indicators (retaining the

It is a particularly fine, interesting, early example of the marque and has been returned to original, rebuilt triple SU downdraught carburetors.